To share your memory on the wall of Richard Hill, sign in using one of the following options:

It is with deep sadness that we announce the sudden passing of Terry Hill on November 4th 2019, in Calgary. Terry was a proud Calgarian, an honorary life mem... Read More
Hill, Richard Terrence “Terry”
November 15, 1941 – November 4, 2019

It is with deep sadness that we announce the sudden passing of Terry Hill on November 4th 2019, in Calgary. Terry was a proud Calgarian, an honorary life member of the Calgary Stampede, and an avid Calgary Stampeders fan. He spent most of his life in Calgary and loved the city and the mountains. He is survived by his beloved wife and soulmate, Shirley, who he referred to as his “best friend”. He was so very proud of his four sons Richard (Janeen), Michael (Tatiana), Patrick, (Sylvia) and J.T. (Christine). He is also survived by his adored grandkids, Evan, Georgia, Tyler, Olivia, Nick, Vivian, Bennet, and Mikey. Family meant everything to Terry. He will be remembered as having a big heart and for his witty comments. As per his wish his family will celebrate his life privately. The family is thankful for the thoughts and prayers sent our way and wishes to thank the tremendously caring staff in units 71, 58 and 93 at Rockyview. In memory of Terry, donations may be made directly to the Alberta Children’s Hospital. To view and share condolences, visit www.choicememorial.com.
Read Less

Receive notifications about information and event scheduling for Richard

We encourage you to share your most beloved memories of Richard here, so that the family and other loved ones can always see it. You can upload cherished photographs, or share your favorite stories, and can even comment on those shared by others.

Posted Nov 13, 2019 at 01:56pm
My sincere condolences to the Hill family. I not only knew Terry through my Dad and stepmom (Hart and Linda Abercrombie), but through my employment with Southland Transportation as well. He was a kind man and glad I had the pleasure of meeting him.
My thoughts are with you all today, may you find comfort in fond memories and in the love of family and friends.

Posted Nov 09, 2019 at 09:19pm
so sorry to hear of Terry's passing. We were co workers for several years. This is very sad news. Keeping his family in my thoughts and prayers. Cindy Haughton-Foster
Comment Share
Share via:
GG

Posted Nov 09, 2019 at 04:15pm
Dear Shirley and family. We are so sorry to hear of Terry's passing. George and Terry were great friends and workmates. We will remember him fondly. George and Joan Gourdinne
Comment Share
Share via:
AS

Posted Nov 09, 2019 at 12:22pm
Shirley & Family,
Our hearts are saddened by your loss and our thoughts and prayers are with you and your family during this very sad time. Wishing you peace to bring comfort, courage to face the days ahead and loving memories to forever hold in your heart.
Sending lots of love...Al & Leslie
Comment Share
Share via:
BS

Posted Nov 09, 2019 at 11:09am
Shirley:
So sorry to learn about Terry's passing. We enjoyed his humor and friendship and sent you our sincere condolences.
Bob and Maureen Sumner
Comment Share
Share via: 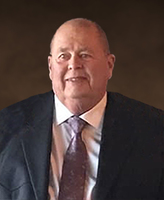