To share your memory on the wall of Stanley Long, sign in using one of the following options:

It is with tremendous sadness that we announce Stan’s passing following a brief but determined battle with leukemia. Stan was born in Edmonton as the middle of three chi... Read More
Long, Stanley Herbert
(October 19, 1948 - June 15, 2019)

It is with tremendous sadness that we announce Stan’s passing following a brief but determined battle with leukemia. Stan was born in Edmonton as the middle of three children to Stan and Betty and was affectionately called “Buster” growing up. After receiving his Exploration Technology Diploma from NAIT, he moved to Calgary with his first wife, Ann, to raise a family and begin a career as a geologist that would see him occupy a variety of field and office positions in the oil and gas industry over the better part of 40 years. He was lucky to share the later years of his life with his devoted partner, Dawn St. Michael, became a proud, four-time grandfather, and enjoyed a second career in security until the time of his illness.

Stan was an avid sports fan and a natural athlete. He frequently coached his children’s teams and played softball long after his back tried to convince him to quit. He was rarely happier than when he was golfing with friends on “The Tour”, where he shared big laughs and happily volunteered unsolicited commentary on each of his swings.

Stan will be missed by Dawn; brother, Ron (Vivian); children, Kelly Ann (Doug) and Kevin (Kristin); grandchildren, Kylie, Parker, Nathan and Delaney, as well as friends and coworkers. He is predeceased by his parents and sister, Sharon.

Stan’s family would like to thank the many doctors, nurses and staff members at the Foothills Medical Centre (Unit 57), Rockyview Hospital and Southwood Hospice for their kindness and thoughtful care. A private Celebration of Stan’s Life will be held at a later date.

In lieu of flowers, please consider a donation in Stan’s memory to the Leukemia & Lymphoma Society or a potentially life-changing donation of blood or platelets to Canadian Blood Services. To view and share photos, condolences and stories of Stanley, please visit www.choicememorial.com.
Read Less

Receive notifications about information and event scheduling for Stanley

We encourage you to share your most beloved memories of Stanley here, so that the family and other loved ones can always see it. You can upload cherished photographs, or share your favorite stories, and can even comment on those shared by others.

Posted Jun 19, 2019 at 03:32am
Dear Kelly and Kevin I still remember the good times we had with your mom and dad. You were little Kelly when we visited first and later Kevin was born. We give you our sincere condolances and will be thinking of you.
Tonny and Hans Goedhart ten Haaf
Comment Share
Share via:
LH

Posted Jun 18, 2019 at 05:08pm
Dear Kelly and Kevin, we give our sincere condolances to you and the rest of the family. We have still good memories of your father visiting us, on the day our sun Paul was born. Before that old Stan, Betty and his brother visited us, I was 7 months pregnant we managed to sit in my small car, the fiat 600. We feel very sorry for your loss, hugs and kisses from us. Tonny and Hans were also sad and share the sad feelings with you. Wish you strength for the future ❤️
Comment Share
Share via:
JF

Posted Jun 18, 2019 at 04:50pm
Stan was a strong, gentle, athletic, funny and charming man. We met Stan when we were all in our teens and full of hopes, dreams and plans to conquer the world. We shared so many memories filled with joy, fun and laughter, more joy when his children arrived and then the incomparable joy of his grandchildren and more love. We will miss Stan, share in the sorrow and send our sympathies to all his family and friends. Love from Rick and Joann Fennell
Comment Share
Share via: 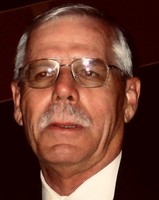