To share your memory on the wall of Viggo Mortensen, sign in using one of the following options:

Viggo Mortensen – husband, father, Morfar and Farfar – passed away peacefully at age 90 on May 4, 2019 after a brief battle with cancer. Viggo was born April 23, 1929 in Lonnehede, Jutland, Denmark to Agner and Kat... Read More
Mortensen, Viggo

Viggo Mortensen – husband, father, Morfar and Farfar – passed away peacefully at age 90 on May 4, 2019 after a brief battle with cancer. Viggo was born April 23, 1929 in Lonnehede, Jutland, Denmark to Agner and Katrine Mortensen. He spent his childhood on the family farm. In 1941, at age 12, he was hired out to a neighbouring farm as a helper. Although taken on as a paid worker, he was still young and remembers crying himself to sleep many nights as he didn’t see his family for weeks on end.

During the World War II years, life in Western Jutland was difficult. The German army marched into Denmark and took over many family homes. Viggo’s parents were not spared, but were still considered lucky as they stayed in their home, unlike their neighbors who were forced to live in the chicken coop. As the war progressed, Viggo noticed that the German soldiers were getting younger and younger, nearly the same age as himself. He was only 16 when the war ended.

Viggo entered the military by conscription at age 19. Initially assigned to be a Royal Guard to the Danish Queen (because he was the right height), he was relieved when he was reassigned to the Engineering Corp because of his building skills. During the hot summer, he recalled crawling through the smelly sewage ditch during the day, then trying to woo women later that same night.

During the summer of his 23rd year, Viggo and a friend travelled Europe on a motorcycle with a side car, venturing as far south as Italy. This marked the beginning of his fascination with geography and far-away lands.

In 1945, Viggo began his apprenticeship as a carpenter in Jutland, Denmark, completing his schooling in 1949. Desiring further skills, Viggo worked diligently during the summers to save enough money so that he could attend Master Builder classes during the winter. In 1954, he successfully received his Building Master papers and began honing his skills as a carpenter.

It was during these working years that Viggo became distressed about Denmark’s high taxes, and that combined with the Hungarian uprising in 1956, had him consider immigrating. At that time, the Canadian Government was soliciting for skilled trades people throughout Europe. A mere six weeks after applying at the Canadian embassy, Viggo and Gitte arrived on Canadian soil in April 1957, carrying only one suitcase between the two of them. Having only been married 7 days, the two-week journey by boat followed by the 4 day train journey from Quebec to Alberta provided them with time to establish themselves as a young, married couple. With help from the Danish community in Calgary, Viggo was hired and working in less than a week. He used his skills as a finishing carpenter to support his family and helped create many beautiful homes.

Viggo was a founding member of the Danish Lutheran Church on 32nd Avenue NW where he built the communion rail. He continued to provide various woodworking and repair jobs at the new location Sharon Danish Church. Viggo was also a member of the Danish Canadian Club. He was extremely proud of his Danish heritage but an equally proud Canadian, obtaining citizenship in 1971. It was important to him that each of his homes have a flagpole (that Viggo built) so that the Danish Pennant and the Canadian Flag could be raised on special occasions.

Many family summers were spent at Sylvan Lake where he designed and built a cabin with his own hands. The largely Danish community played an important part of the socializing and fun that took place there.

Another of Viggo’s greatest pleasures was making his own wine and sharing it with family and friends. Viggo loved socializing and prided himself on being a great host. Many joyful Christmases were spent with the Mikkelsen family over the years. Viggo also enjoyed gardening, building his own greenhouse, complete with automatic heat and watering systems to allow him to lengthen the tomato growing season. Viggo was very well read and devoured the daily newspaper and several magazines on a regular basis. He spent much of his spare time reading factual books, including the 1964 World Book Encyclopedia from A-Z.

During his retirement years, Viggo enjoying puttering in the garage. He was of the generation that threw nothing out, and that anything could and should be repaired. Viggo was creative and could make something out of nothing. He once made a basket on a stick so that he could reach over the fence and pluck his neighbour’s apples without bruising them. He also fastened a mirror to a stick so he could check how dirty his eavestroughs were.

Viggo had a collection of suspenders that was rivalled only by his assortment of hats. From baseball caps to toques and fedoras, they were typically askew on his head and never covered his ears!

Viggo enjoyed the notoriety he received from sharing a name with a famous actor and used to joke that he was the original Viggo Mortensen.

Every year when he was asked what he wanted for Christmas, Viggo would respond, “Three good kids”. Near the end of his life, when the family reminisced about this story, Viggo told them “I got what I wanted - I got my three good kids.” He was very proud of each of his children and loved them equally.

Viggo is survived by Gitte, his wife of 62 years and 3 children, daughter, Katrin (Fred) and their children, Kristin, Kalin and Darin; son, Michael and his daughters, Taylor and Megan; and daughter Tenna, and her children, Kira, April and Joseph. He is also survived by his cherished sister, Anna and extended family in Denmark.

In lieu of flowers, donations may be made in Viggo’s memory to Tom Baker Cancer Centre or to the Danish Lutheran Church in Calgary.

Receive notifications about information and event scheduling for Viggo

We encourage you to share your most beloved memories of Viggo here, so that the family and other loved ones can always see it. You can upload cherished photographs, or share your favorite stories, and can even comment on those shared by others. 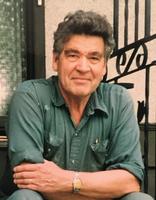